The Cherokees didn't wear long headdresses like the Sioux. Cherokee men usually shaved their heads except for a single scalplock. Sometimes they would also wear a porcupine roach. Cherokee women always wore their hair long, cutting it only in mourning for a family member. Men decorated their faces and bodies with tribal tattoo art and also painted themselves bright colors in times of war. Unlike some tribes, Cherokee women didn't paint themselves or wear tattoos, but they often wore bead necklaces and copper armbands. 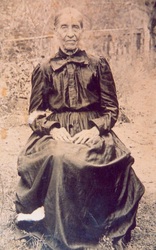 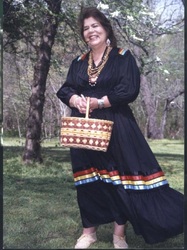 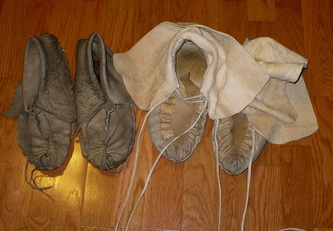 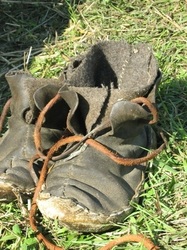 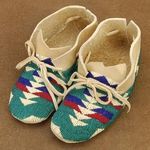 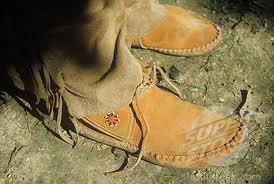 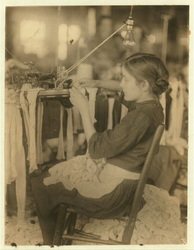 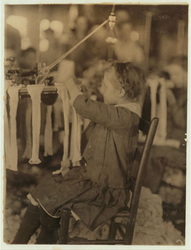 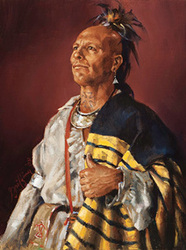 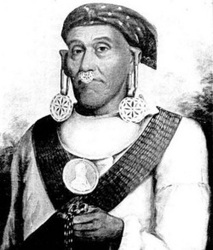 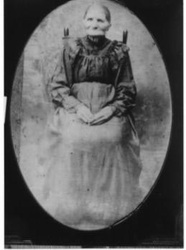 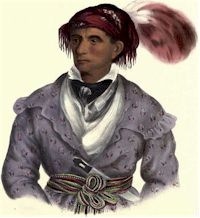 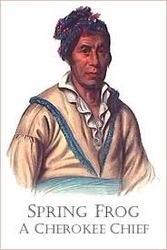 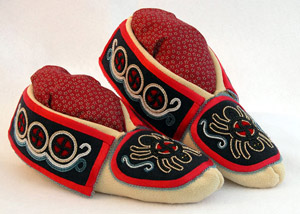 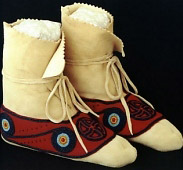 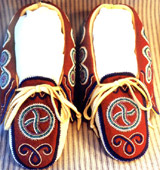 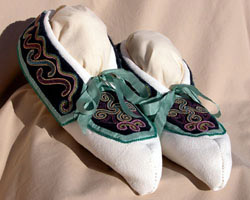 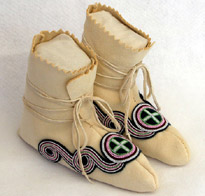 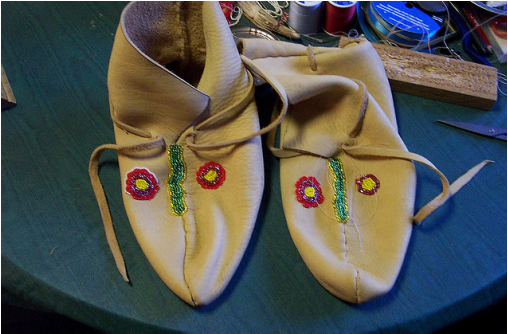 A brief history of Cherokee beadwork...
In the mid-1600s, the Cherokee began trading for European glass seed beads, steel needles, silk thread and ribbon, and cloth made of wool, cotton and linen. Along with the other tribes of what would become the southeastern United States, they began to produce beadwork that was both unique and exquisite.

This art form had evolved and matured by the end of the 1700s, and enjoyed its peak between 1800 and 1840. There is evidence that the exchange of beaded bandolier bags became important in Southeastern Woodlands tribal diplomatic protocol. Known recipients of these gifts included tribal chiefs, a U.S. Army general and a U.S. Navy officer.

By 1840, the tribes of the Southeast had been forcibly removed from their ancestral homelands. This event was called the Indian Removal. It became known as the Trail of Tears because the Cherokees called it “the trail where we cried.” One in four Cherokees died during this relocation.

Following the Removal, the Cherokees abandoned their beautiful beaded art. The relocation had left them sick, cold, hungry, exhausted, and facing the rebuilding of their homes, farms and families. There was no place in their lives for luxury items such as beautifully beaded moccasins, bandolier bags, sashes, belts and leggings.

The loss of this art form was so complete that, by the end of the 20th century, very few Cherokees were able to recognize their own ancestors’ beadwork. At that time, there were approximately a dozen artists in the world who were accomplished in the unique art of pre-Removal Southeastern Woodlands beadwork. Of that number, only about half were tribal descendants and citizens of their respective Native nations.

Happily, traditional, pre-1840 Southeastern Woodlands beadwork is enjoying a burgeoning revival among 21st century Cherokee, Creek and Seminole people. These tribes now conduct workshops teaching traditional beadwork and include that category in their art shows. A healthy crop of traditional beaders, collectors and brokers is springing up all across the United States.

In the fall of 2008, the Cherokee National Museum opened an exhibit titled "Beadwork Storytellers, A Visual Language" and published a book by the same title (which is now sold out). The exhibit featured historic Cherokee and Southeastern beaded artifacts from all across the United States and six pieces from Scotland. It was an opportunity for modern-day Cherokees to see the beadwork of their ancestors for the first time. The pieces from Scotland were on this continent for the first time in more than two centuries. The exhibit also featured the work of 20th Century Southeastern beadwork masters, as well as 21st Century students.